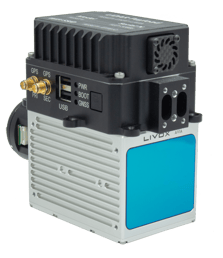 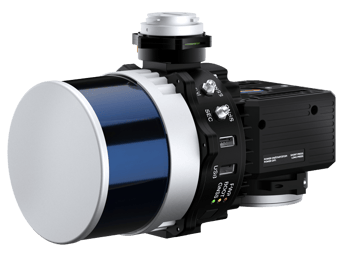 Deciding which drone LiDAR system to get is not easy, especially if it’s your first unit. Cost of a drone LiDAR package, although much lower today compared to just 18 months ago, still can get expensive. But cost should not be the only consideration, maybe not even the most important one. Performance should be carefully investigated, along with other key factors such as quality of manufacturing and post-sale support. Fortunately, all RESEPI systems use the same high-performance tactical-grade Inertial Measurement Unit (IMU) developed and manufactured by Inertial Labs, which is tested and calibrated at our headquarters in Virginia, USA. This allows for a streamline process that reduces costs and increases the quality of the product.

Our goal is to help you find the best product that meets or exceeds your requirements while fitting into your budget.

Each RESEPI unit offered from Inertial Labs can be configured in multiple ways. There are three key hard- ware components in an integrated drone LiDAR system: Camera, POS/INS, and the Laser. A POS (Position and Orientation System) in terms of drone LiDAR is what some may know better as an INS (Inertial Navigation System), or a GPS-Aided Inertial Navigation System, to be more precise. There are two current INS options for RESEPI as shown in Figure 1: INS-B-OEM and INS-D-OEM.

All differences between these two LiDAR models come down to the lasers. Overall,
the Livox Avia laser is perfectly capable for many projects but, in comparison, the
Hesai XT-32 delivers better data accuracy, higher productivity, and more real-life application
versatility. RESEPI XT-32, therefore, is our top-recommended choice in this
comparison. While reviewing the specifications on Laser Range, keep in mind that
the recommended flight altitude is between 50-100m AGL (Above Ground Level) to
keep the most accurate data while also covering the most surface area. 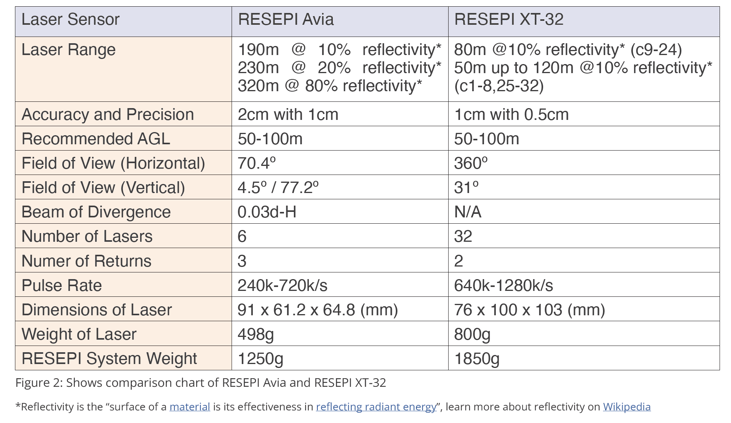 Coverage and point density are two of the most important factors when comparing system performance side by side. Coverage is the measurement that specifically describes how much surface area is being covered by gathered data points. Point density on the other hand is the measurement of how many data points can be expected to be gathered within that surface area. As we can see below, the RESEPI XT-32 returns lower density with a higher cover area, while the RESEPI Avia returns higher density with a lower cover area, depending on the set velocity. Keep in mind that these tests were completed excluding the following: initial and final static alignments, convergence maneuvers, and sharp turns. Note that Hesai XT-32 natively has a horizontal Field of View (FOV) of 360°, but was limited for better side by side comparison of performance of the two solutions.

Comparing a finalized cloud between both the RESEPI Avia (Figure 4) and RESEPI XT-32 (Figure 5), we can see that the RESEPI XT-32 outperforms the RESEPI Avia in terms of surface area coverage, accuracy, precision, and coverage underneath structures (specifically foliage), showing that it is the top performer. Keep in mind that each unit was flown using the same conditions (flight path, camera shutter speed, INS, and velocity), the only difference was the laser being used.

Taking small sections from the same flight covered previously, we can see that the RESEPI XT-32 (Figure 6) could achieve a higher point cloud density than the RESEPI Avia (Figure 7). Please note that blue indicated points gathered, and gray is space not where no data points were gathered. The reason why we see a higher density from the RESEPI XT-32This is because of the XT-32’s laser characteristics. Specifically, the Hesai XT-32 has a 360° horizontal FOV (Field of View) and the 31° vertical FOVF which allows for layers of overlap between flight lines which result in an increase in cloud density to increase density. What should be noted however, is that this only occurs when LiDAR passes are layered or overlapped. If it is a straight flight path with no overlap, the RESEPI Avia will result in a higher point cloud density. Examples of these flight patterns with or without overlap can be found in Appendix A.

The Livox Avia has a clear weight advantage, as was shown in Figure 2, at just below 500g versus the 800g of the Hesai XT-32. The full RESEPI system integrated with a RESEPI Avia Laser weighs about 600g less compared to the RESEPI XT-32. Lighter weight results in longer effective flight time and increases the selection of drone platforms by including those with lower payload lift capacity. 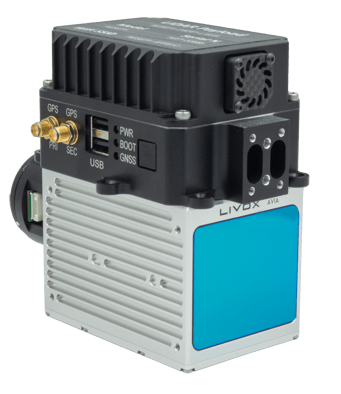 The Avia laser generates 240,000 pulses (single-return) every second. Although this is lower than the 640,000 pulses/second (single-return) from the XT-32 laser, Avia concentrates all 240,000 measurements in a narrow 70.4° by 4.5° Field of View while XT-32 spins the lasers full 360°. This makes it possible for the Avia laser to produce higher ground point density (NPD).\

The Avia laser does cost less than the XT-32, not a significant amount, but meaningful when working inside of budget constraints. For the user where a couple thousand dollars means being able to bid or not on a job, the Livox AVIA will give a competitive edge.

RESEPI Avia does in fact have a couple of other advantages that are advertised but were put to the test by the engineers here at Inertial Labs.

Use Cases of RESEPI Avia

There are countless circumstances where the use of a RESEPI Avia can stand out. Specific examples where this unit in particular stands out include:

As was shown in Figure 2, the XT-32 delivers 1cm range accuracy with 0.5cm measurement precision while the Avia laser has a 2cm range accuracy and 1cm measurement precision. Laser ranging accuracy is altered by environmental factors and will decrease as measurement distance increases. The XT-32 achieves its level of accuracy from 0.5m up to 70m under 30°C (86°F) ambient temperature. The Avia’s published accuracy specs, however, are tested at 20m range under 25°C (77°F) testing conditions. This shows that the XT-32 outperforms the Avia in a wider temperature range in multiple height variations. With higher laser measurement accuracy and precision, and stronger signal strength and sensitivity, the XT-32 system will achieve higher effective project AGLs compared to the Avia system, everything else being equal.

With higher laser measurement accuracy and precision, and stronger signal strength and sensitivity, the XT-32 system will achieve higher effective project AGLs compared to the Avia system, everything else being equal.

XT-32 spins all 32 laser channels in full 360° with three Frame Rate options: 5Hz, 10Hz, and 20Hz. This full 360° Field of View makes the system more versatile, for example, scanning building facades, capturing assets’ vertical structures, mapping forest stands, as well as ground under trees. Refer to the section, “What to Expect,” to look at an example of this coverage.

Thanks to the 360° Field of View, the RESEPI XT-32 system can cover a much wider sweep on each path, therefore capable of mapping a larger area every mission flight, delivering higher productivity. We have seen this perfectly shown in the previous section, “What to Expect”. 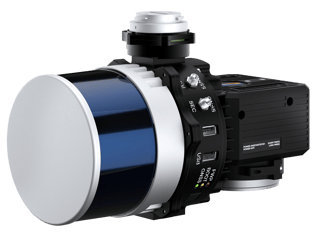 The RESEPI XT-32 does have one convenient perk that you as a consumer may be interested in.

Interference Rejection. Shown by Hesai on their product webpage, the RESEPI XT-32 uses proprietary interference technology to create an individualized tracking fingerprint for each laser, preventing errors from its own lasers as well “rejecting” noise from other nearby LiDAR units.

Use Cases of RESEPI XT-32

Which Model Should You Choose?

In conclusion, both models stand very capable of completing almost any task given to them, thanks to the same high-performance INS from and high-quality manufacturing by us here at Inertial Labs. In this case it will come down to which unit best fits the circumstances that you will confront as the user. RESEPI Avia is a great option for those looking for slightly longer distance flights, higher point cloud density for single passes and thin structures, high speeds, and missions that require a higher altitude. That said, the RESEPI XT-32 is overall the better payload, providing the most reliability in more situations that require precise and accurate data, scans of objects at or above vehicle altitude, and heavy passes that provide data points for even the underside of many structures.

Please reach out to support@inertiallabs.com with any questions. 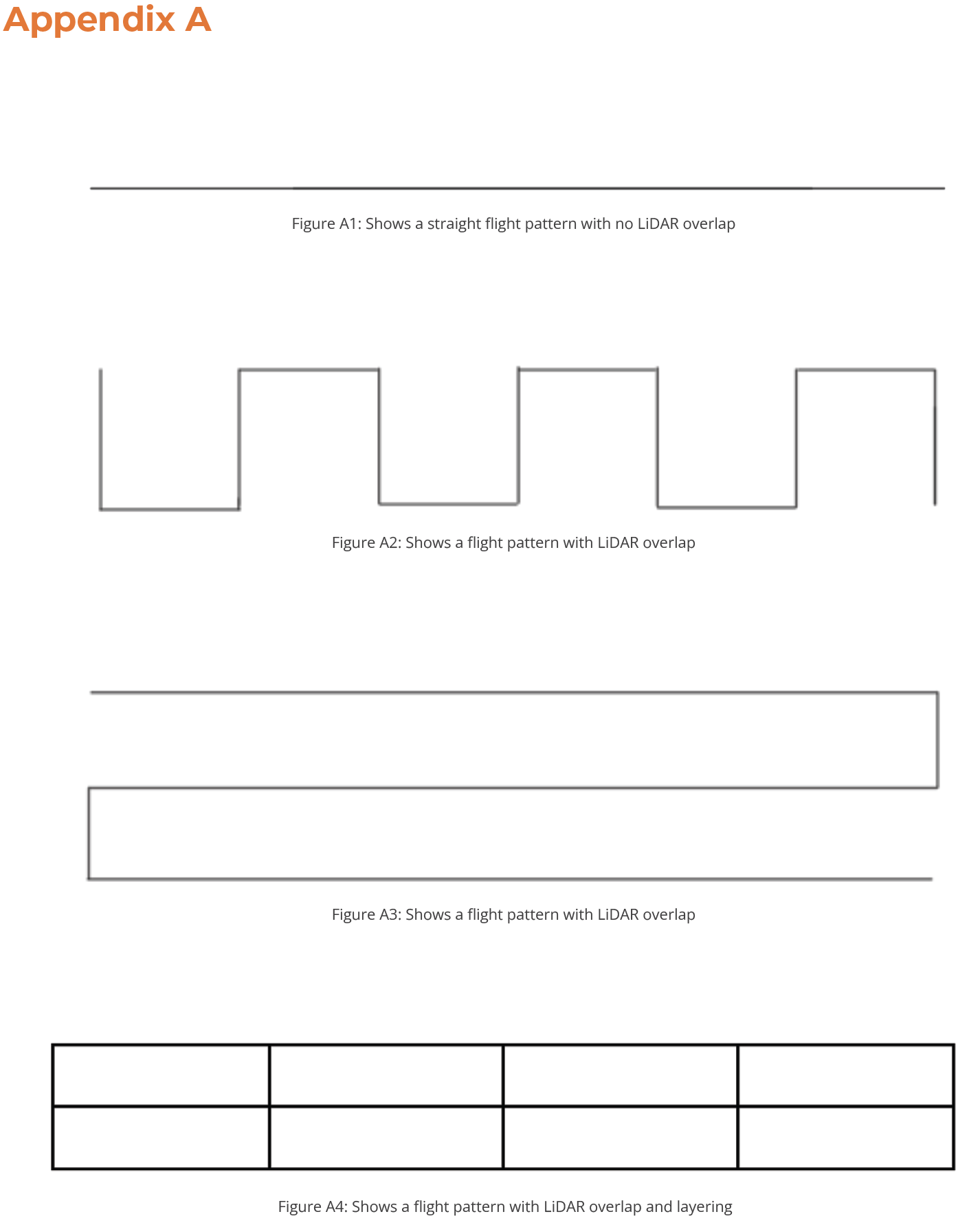 At Inertial Labs, we value customer satisfaction and want to continuously provide solutions specifically tailored to today’s problems, while aggressively developing products that tackle tomorrow’s concerns. Your opinion is always important to us whether you are a student, an entrepreneur, or an industry heavyweight. Please share your thoughts on our products, what you would like them to achieve, or just say hello at opinions@inertiallabs.com

Trademark Legal Notice: All product names, logos, and brands are property of their respective owners. All company, product and service names used in this document are for identification purposes only. Use of names, logos, pictures, units and brands does not imply endorsement. The US Army, Picatinny Arsenal, Army Research Laboratory, and NATO are trademarks of its affiliates or its respective owners, registered in many jurisdictions worldwide.