The Kernel-100 is a compact and lightweight Inertial Measurement Unit (IMU) and Digital Tilt Sensor (DTS) that consists of precision tri-axis MEMS accelerometers and tri-axis MEMS gyroscopes. This industrial grade IMU measures linear accelerations and angular rates  with low noise and good repeatability. With continuous built-in test (BIT),  electromagnetic interference protection, and flexible input power requirements, the Kernel-100 is easy to use in a wide range of higher order systems.

Each Kernel-100 unit is intensely tested and temperature calibrated to meet the requirements for a wide variety of environments and applications per commercial and military standards. This process of performing temperature cycled calibrations and Allan variance performance tests forms the basis for why customers trust Inertial Labs. Each unit must pass a series of strict tests examining key performance specifications using industry standards including Five Sigma manufacturing and quality control for production of the accelerometers and gyroscopes housed within each unit. If the unit conforms to all the pass criteria, only then is it deemed available for the end-user. With a minimal return rate and a high yield rate, Inertial Labs has a tradition of quality that customers can trust for their projects. 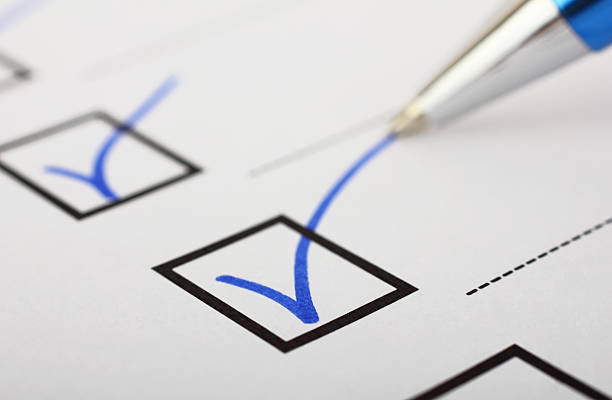 Analyzing sensor performance over time while inside a temperature chamber makes a process like this possible because these changes to the sensor over a temperature range are repeatable. In the temperature calibration test, there are a set of 6 positions and rotations that the sensor is subjected to at each "point”. There are 120 different points, or 120 different sets of 12 orientations. Tests from these points are collected from the range of -45 to 75  degrees Celsius, with two temperature cycles. These tests are used to compute a linear model in which a 3 by 3 scale factor matrix (K(T)) is multiplied by the difference of the raw sensor data (X) and the bias vector (Uo(T)). This model is approximated through a method called smoothing spline interpolation that utilizes a series of polynomials over adjacent intervals with continuous derivatives at the end-point of the intervals. Smoothing spline interpolation is used to control the variance of residual errors over the data set.

A calibrated sensor will ideally have a scale factor matrix K(T) that is an identity matrix and will have a zero bias vector. Any differences from those ideal values represent the residual error.

The legacy Allan Variance test method was named after David W. Allan and it was originally used to measure the frequency and stability of clocks and oscillators. This test has proven to be very useful for understanding the accuracy of gyroscopes and accelerometers. It is mathematically represented as the square of the standard deviation as a function of observation time, time between measurements, and number of samples. Inertial Labs uses an Allan Variance Test to measure the in-run bias stability of accelerometers and gyroscopes, as well as angular random walk of gyroscopes and velocity random walk of accelerometers.  The Angular Random Walk (ARW) is taken from the Allan Deviation plot which plots Root Allan Variance over cluster time.

The observed ARW is derived from the portion of the function where the slope of the curve is equal to 1/2. This Allan Deviation plot has units of deg/hr while the ARW has units of the deg/sqrt(hour), so this is converted by multiplying by 60.

Similarly, the Velocity Random Walk (VRW) is derived in the same fashion as ARW for accelerometers except that it operates under different units. The in-run bias stability of a sensor is represented by the minima of the Allan Deviation curve where the slope is equal to 0.

The Kernel-100 can be used to stabilize antennas, remote weapons stations (RWS), anti-roll systems and more. The highly accurate advanced three-axis MEMS gyroscopes embedded in the Kernel-100 play a pivotal role in the stabilization of systems. Gyroscopes are used to track the angular changes by integrating the angular rate signal in order to find the delta angles over time. The most important gyroscopic specification for stabilization is the angular random walk (ARW).  This error is specifically dependent on the noise of the angular rate signal and independent of other errors such as the scale factor or the bias error. The Kernel-100 features an adjustable low-pass filter that reduces noise when applied to sensor output data. As a result, the Kernel-100 features an angular random walk of 0.38 degrees and is a viable option for stabilization applications.

The Kernel-100 can be used for the stabilization of RWS, commonly used in military oriented fire-control systems for light and medium caliber weapons. The Kernel-100 is commonly used to stabilize these platforms and can be integrated externally with optical aiding data as well as GNSS data for heading calculations or in-depth object recognition software.

Additionally, the Kernel-100 can be used for anti-roll systems in both static and dynamic applications. In the aerospace industry, it is ideal for gimballed rocket engines to do thrust vectoring. For developer convenience the Kernel-100 offers outputs of angles in Quaternions and conventional Euler methods.

Pan-Tilt for Beyond Line of Sight

The Kernel-100 can be used to stabilize any unwanted antenna movement caused by wind, swaying, lateral motion, or friction. In addition, it can be effortlessly integrated into antenna tracking systems using satellite or RF transmissions. It easily mounts to any surface and generates custom data output formats commonly used with Line-of-Sight (LoS) and Beyond Line-of-Sight (BLoS) antenna transmission systems.

Sensing components are often integrated in larger systems using development kits and drivers. The main role of the Kernel-100 inside of a ROV is to provide real-time pitch and roll data as well as heading data if integrated with a GNSS receiver. This information is crucial for the operator to figure out how to maneuver and position the ROV.

Inertial Labs is developing a new solution for higher accuracy applications, the Kernel-300.  The Kernel-300 will high performing accelerometers and gyroscopes to better equip the world of autonomy. With this new device, Inertial Labs expects to achieve an Angular Random Walk of 0.08 deg/√hour for more accurate stabilization requirements, as well as an accelerometer bias in-run stability of 0.005 mg.

As much as future developments and an innovative mindset are important, a focus on quality and repeatability is paramount to ensure that each unit lives up to the customer's expectations. The Kernel-100 was developed with this thought process in mind as each unit is stringently tested and reviewed to ensure a certain level of performance. As a result, Inertial Labs has a dearth of information backing up the reliability and quality of the Kernel-100 as well as all products that are released.

Here at Inertial Labs, we care about our customers' satisfaction and want to continuously be able to provide solutions that are specifically tailored to problems that are occurring today, while vigorously developing products to tackle the problems of tomorrow. Your opinion is always important to us! Whether you are a student, an entrepreneur, or an industry heavyweight. Share your thoughts on our products, recommendations you have, or just say hello at opinions@inertiallabs.com.

Trademark Legal Notice: All product names, logos, and brands are property of their respective owners. All company, product and service names used in this document are for identification purposes only. Use of names, logos, pictures, units and brands does not imply endorsement.