Purpose: To provide users with some of the commonly used equations for the Wave Sensor as well as provide other equations that may be helpful in implementing the sensor for the specific end-user application.

Fourier coefficient may be calculated for each frequency bin 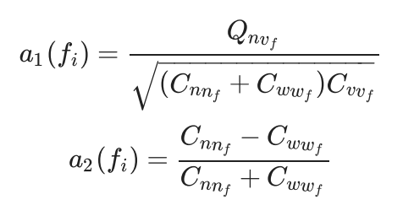 Principal Wave Direction Spectrum- Equation of principal wave direction is similar to mean wave direction, but it is calculated from other directional Fourier series coefficients.

Significant Frequency- the frequency at which the harmonic components of the real waveform begin to drop off faster than 1/f. 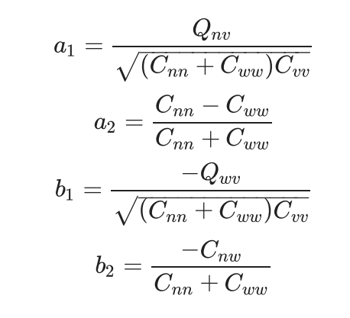 Wave Peak Direction- The wave direction at the frequency at which a wave energy spectrum reaches its maximum.

Long Crestedness Parameter- measures the surface texture of the wave